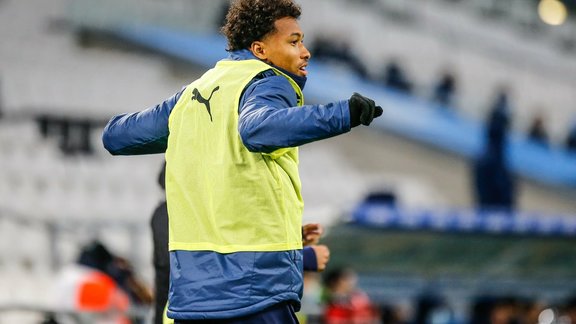 As he nears the end of his contract with Olympique de Marseille, Boubacar Kamara could see one of his suitors turn his back on him .

In less than a month, Boubacar Kamara will be able to negotiate freely with the club of his choice, which would be a real blow for Olympique de Marseille . Indeed, an overtime seems increasingly unlikely and it is not the 22-year-old's recent outing that will shed some light on the matter. “My reps handle it all, but it's confidential. It’s not for me to express myself on that, it’s my representatives who handle it all, ”the OM defender or midfielder said recently at a press conference. “Have I made a decision? I am still thinking. When I have made up my mind I'll be the first to say it “. Things could change this winter, as many of them are closely following Kamara abroad …

< p> In Italy, AC Milan and Juventus seem to be working on this file for a very long time. One of them, however, would have decided to tackle other avenues for the winter transfer window! According to information from Tuttosport, the Bianconeri would absolutely like to strengthen themselves as defensive midfielder and their priority would henceforth no longer be Boubacar Kamara, but rather Denis Zakaria. He also at the end of his contract, the The Swiss international would be pushed towards the exit by the Borussia Mönchengladbach , who would like to recover a minimum of money from his departure.