Mercato | Mercato – OM: Cengiz Ünder says everything about his new life in Marseille! 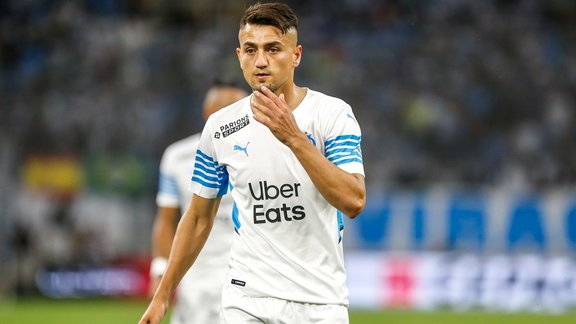 Recruited by OM during the summer transfer window, Cengiz Ünder has changed his life by deciding to join the McCourt project. The Turkish striker speaks out on this subject.

In difficulty on the side of AS Roma where he has never really succeeded in confirming the many hopes placed in him, Cengiz Ünder (24 years old) was finally recruited by OM this summer. Attracted in the form of a loan with option to buy (€ 8m), the Turkish international made a rather convincing start with the Marseille club, in an interview with the official UEFA website on Tuesday, Ünder spoke about his new daily life in the city of Marseille with OM fans.

“I got used to it quickly”

“Marseille life? I quickly got used to it. Everything is going very well for me, I progressed quite quickly. I have accomplished a lot in a short period of time and I am really happy to be here. I heard a lot about our supporters before I came here, from my friends who played here and from my research on the internet. Everyone knows that this club has incredible supporters. And now I understand what it is. You can see the great relationship between the club and the supporters on and off the pitch. This is one of the things that touched me the most. I have always dreamed of playing for such wonderful supporters. And now I'm playing in front of the best fans in Europe. That makes me proud, “blurted out the new OM forward.