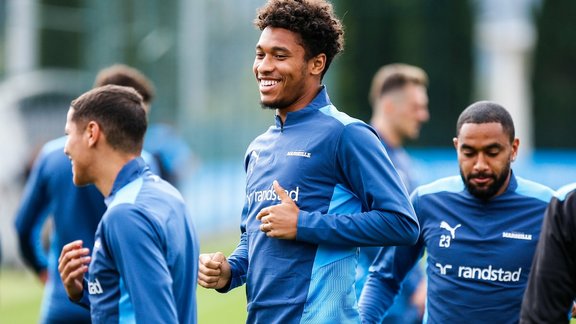 Boubacar Kamara could well leave Olympique de Marseille in the coming months, as his contract ends at the end of the season.

If at the end of the summer an extension seemed possible, the more time passes and the more the situation changes for Boubacar Kamara. Trained at Olympique de Marseille , the defender Versatile is dangerously close to the end of his contract, which would have prompted Pablo Longoria to make a clear decision: to sell him during the winter transfer window. The president of the OM has no shortage of leads, as Kamara seems to be popular abroad, especially in England, Germany and Italy. Newcastle, who already approached him in the last transfer window seems to want to try his luck again, while RB Leipzig are keeping a close watch on the 21-year-old. The hottest track, however, would be AC Milan . Hardly a day goes by that Kamara does not make the headlines for the transfer window on the other side of the Alps, where he can count on a fan from the start with Paolo Maldini , technical director of the Milan club.

Kamara won over by AC Milan

The Rossoneri have reportedly been working on this issue since last spring and it seems to be paying off. This Thursday, Nicolo Schira indeed revealed that Boubacar Kamara would have decided for his future: he would only want AC Milan . Seduced by the project of a club which gradually seems to be rising from its ashes, he should also replace Franck Kessié, also at the end of his contract and who is tracked by several clubs, including Paris Saint-Germain. Moreover, Olympique de Marseille and AC Milan could both find interest in a winter operation! The Milanese could indeed make a minimum of money from the departure of a player who does not want to extend, just like OM , who would therefore avoid losing a player trained at the club without taking any money. indemnity.

This scenario may well be the right one. According to information from Il Milanista, Paolo Maldini has decided to step up a gear for Boubacar Kamara. The technical director of AC Milan would indeed be aware of the danger represented by Newcastle or even RB Leipzig , who have sufficient money as well as a project ambitious enough to convince Kamara. To see however if in Milan, the player of the Olympique de Marseille will not be obliged to make some sacrifices! Il Corriere dello Sport recently hinted that Kamara would be highly regarded, but as a center-back rather than a midfielder. We must not forget that the departure of Franck Kessié could be overcome by Yacine Adli, currently on loan to the Girondins de Bordeaux , with < strong> Kamara which would therefore take a step back.