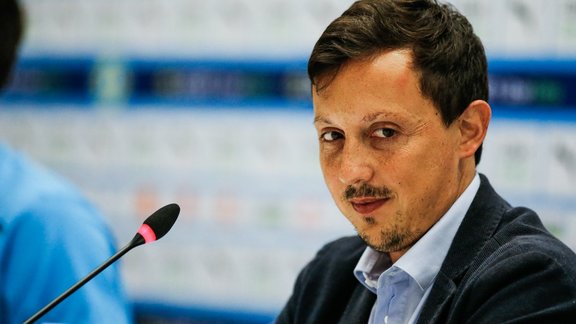 The future of Boubacar Kamara, whose contract ends in June 2022, should be written away from Olympique de Marseille despite the efforts of Pablo Longoria .

The choices of Jorge Sampaoli during the meeting between Olympique de Marseille and Troyes (1-0), raised several questions. One of them concerns Boubacar Kamara, usual holder of the OM relegated to the substitutes' bench. Some have indeed seen it as a kind of punishment, or downright a decisive turning point in the long series between the player and his club concerning his contractual situation. Pablo Longoria indeed tried to sell it this summer, then to extend it, in order not to take the risk of losing it at the end of its contract. The president of the OM does not seem to see the solution, however, as Kamara inexorably approaches a departure.

Kamara would not want to know anything more

This is precisely the solution the 22-year-old international hopeful would like. According to information from Calciomercato.com, Boubacar Kamara would like to leave Olympique de Marseille and that is why he would have refused all the extension offers proposed by Pablo Longoria. The only solution therefore seems to be a departure during the next winter transfer window. The OM could indeed receive a minimum of money, knowing that Kamara arouses a strong interest abroad and in particular in Italy, with the AC Milan and Juventus.