Mercato | Mercato – OM: Longoria had no chance for this nugget … 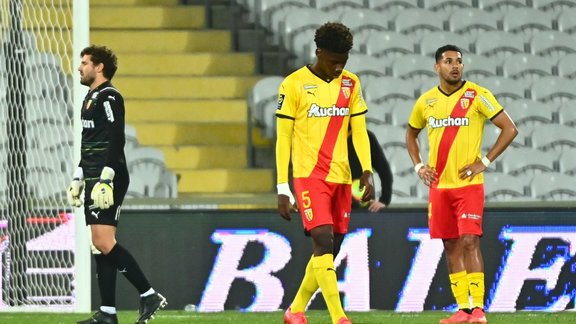 While OM are said to have been interested in the profile of Christopher Wooh (18), RC Lens has kept its nugget thanks to the speech given by the leaders of the northern club.

Although the 'OM has strengthened considerably this summer and particularly in the defensive sector, Pablo Longoria would have liked see yet another recruit drop off his suitcases in Marseille to offer Jorge Sampaoli additional options. A wish that the coach of OM would still issue on the sidelines of the winter transfer window. And to do this, the president of Olympique de Marseille would have thought of Christopher Wooh , a young 18-year-old defender playing at RC Lens. Moreover, the OM would have insisted behind the scenes according to L'Équipe in order to carry out this operation, in vain. And the project proposed by the northern leaders would have influenced Wooh's final decision to stay in Lens .

“We fought, presenting our project to him”

“Our wish was to make him the fourth center-back for this season. We fought, presenting him our project and talking to him about our ability to advance young players. It is true that the Loïc Badé case also helped a little, he said to himself, a young player with a bit of the same trajectory as me… “. Florian Ghisolfi , sports coordinator of RC Lens , told L’Équipe.