Mercato | Mercato – OM: Saliba, Guendouzi… Which player on loan should we keep in priority? 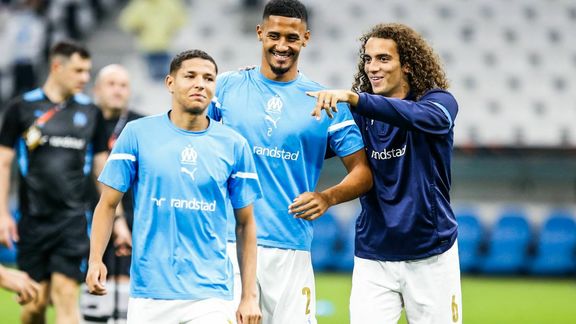 This summer, OM have strengthened themselves by attracting several players in the form of loans. It is not certain that they will continue on the Canebière in the future. Who should then be retained as a priority?

Pablo Longoria had announced it before the summer transfer window, the objective was to bring 11 recruits to OM . The Marseille president kept his promise by bringing in around ten new players to Jorge Sampaoli ’s squad. A feat all the more remarkable than the finances of the OM weren't the best. It was therefore necessary to redouble ingenuity to bring in new players and this was notably done in the form of a loan, with or without a purchase option, for William Saliba, Mattéo Guendouzi, Pau Lopez, Cengiz Under and Amine Harit .

Players who bring a lot!

These players are therefore not Marseille in their own right, but they are very important at OM . Indeed, Pau Lopez brought serenity in the goals, William Saliba stands out as one of the bosses in central defense, Mattéo Guendouzi is the master to play in midfield while Cengiz Ünder is one of the main dangers offensively. It will therefore be in the best interest of OM to keep these players longer than expected in order to build around them for the seasons to come.

So which player on loan should we keep in priority?