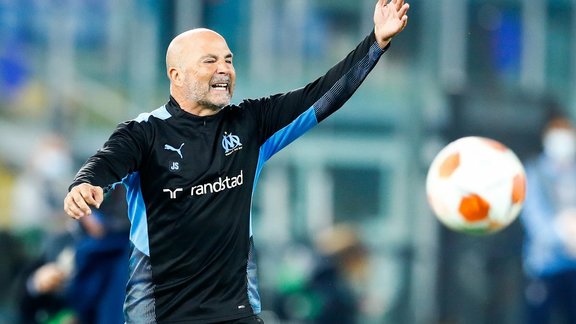 Present at a press conference before Lazio Rome came to the Vélodrome, Jorge Sampaoli admits that he could have been on the opposing bench.

< p> To succeed André Villas-Boas , the OM has decided to hand over his sidelines to Jorge Sampaoli. The fiery temperament of Pelado, close to that of Marcelo Bielsa , quickly convinced in Marseille. And yet, the Argentinian technician had only experienced one adventure in Europe before OM and it only lasted one season. It is at Sevilla FC in 2016/2017. But before joining the Andalusian club, Jorge Sampoli almost settled on the bench of the Lazio who had just seen Marcelo Bielsa resign just days after his appointment.

Sampaoli was close to Lazio

Present at a press conference with facing Lazio in the Europa League, Jorge Sampaoli admits that in “2016, I met the president of Lazio Lotito to discuss the opportunity to train the team. In the end it had not been done, but it would have been a good opportunity, given the quality of the players on this team. For me Lazio are the toughest opponents in the group. Tomorrow we should not be taken by fear or be too anxious, because they can hurt us during the transitions. It will be a strategic and tactical match. We should not be stressed about playing our game, especially against a team like Lazio which is very homogeneous. »Finally, it is Simone Inzaghi who will settle on the bench in 2016 to stay there until 2021.