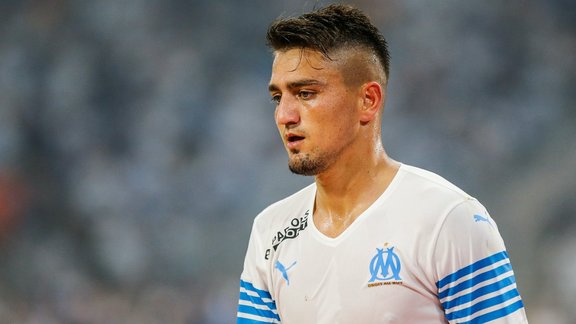 Recruited this winter by OM, Cengiz Ünder does not hide his satisfaction at having opted for the Marseille club. In an interview with the UEFA website, the Turkish international recognizes the importance of Jorge Sampaoli in his arrival in Marseille, but also that of the public at the Vélodrome.

Change was announced on the side of the OM at the beginning of the summer, and Pablo Longoria kept their promise with no less than eleven reinforcements on the clock. Loaned with an option to purchase this summer, Cengiz Ünder is notably one of the new faces of OM , and the summer recruit already brings satisfaction. The Turkish international has found the net four times in his ten appearances in his new colors, which will facilitate his integration into the Marseille city. While the attacking midfielder could automatically extend his stay at OM thanks to a purchase obligation present in his contract and activated under certain conditions, Jorge Sampaoli can therefore be to be happy to be able to count on Cengiz Ünder , who for his part does not hide his satisfaction at having opted for Olympique de Marseille during the last summer transfer window.

“I started watching videos of Marseille supporters on the Internet. And that made me really want to play here ”

Asked by the UEFA website, Cengiz Ünder was indeed very enthusiastic when talking about his first weeks in Marseille , revealing in particular to have fallen under the spell of the Stade Vélodrome and the Marseille supporters, who tipped the scales this summer when the player had to make a decision for his future. “I quickly got used to it. Everything is going very well for me, I progressed quite quickly. I have accomplished a lot in a short period of time and I am really happy to be here, explains Cengiz Ünder . I heard a lot about our supporters before I came here, from my friends who played here and from my research on the internet. Everyone knows that this club has incredible supporters. And now I understand what it is. You can see the great relationship between the club and the supporters on and off the pitch. This is one of the things that touched me the most. I have always dreamed of playing for such wonderful supporters. And now I'm playing in front of the best fans in Europe. It makes me proud, adds the OM player.. After my first conversation with the president, I started watching videos of Marseille supporters on the Internet. And it really made me want to play here, in front of them. The videos had a big influence on me. Like I said, I'm really happy to be here, to play in front of these supporters. I am both excited and happy. (…) The AS Roma supporters were amazing and different. However, I have never played in front of an audience in Leicester. But I can say that the best supporters are here in Marseille. They have enormous influence. As soon as you enter the field, you are struck by the atmosphere. We have the impression that they are playing alongside you. “

But in addition to the city and the Stade Vélodrome, Jorge Sampaoli also played a decisive role in the choice of Cengiz Ünder . “I can say it is one of the reasons I chose to come here. The manager is always a very important factor for me. It had not been like that for a year and a half, recognizes the attacking midfielder. Now I am really happy to work with Jorge Sampaoli because I am learning a lot from him. His way of doing things is really different. We do a lot of tactical work. And we are constantly trying different variations. We have a very young team and, thanks to our manager, we are moving in the right direction, really. “