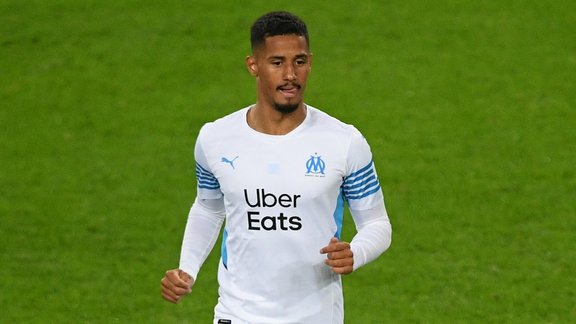 On loan from Arsenal, William Saliba made an excellent start to the season at OM to the point of having established himself as the boss of Marseille's defense. But while the loan of the former Stéphanois is not accompanied by a purchase option, Pablo Longoria could still have an opening in this file.

Determined to strengthen the rear -guard of OM , Pablo Longoria has notably turned to Arsenal this summer. Thus, after six convincing months at OGC Nice , William Saliba landed in the form of a loan with no option to buy. And clearly, the Marseille club made an excellent shot since the player trained at ASSE made an excellent start to the season symbolized by his very solid performance against Kylian Mbappé and at PSG Sunday evening. And William Saliba also seems satisfied with his choice. “OM is a very special club with the fans and everything, it's a crazy club! I am 100% Marseille myself (laughs) ”, recently confided the 20-year-old defender at the microphone of Téléfoot. Despite everything, the future of William Saliba begins to speak since he is loaned without an option to buy to the OM which complicates the situation for a final transfer . But nothing is lost for Pablo Longoria .

An opening for Saliba?

Indeed, The Sun takes stock of the situation of William Saliba and reveals that Arsenal would hesitate to keep the former Stéphanois. And for good reason, the Gunners have already released a large sum to attract Ben White this summer who has also recovered the number 4 of … William Saliba . It must be said that it is Unai Emery who is at the origin of the recruitment of the young French who had been loaned in the wake of a season at ASSE before returning at Arsenal where Mikel Artera does not seem to be counting on him. A choice that should not please Samir Nasri , who still does not understand how Arsenal was able to dismiss William Saliba . “Honestly, I don't understand why he is not at Arsenal especially when you see their defense now … I thought that Mikel (Arteta) who is intelligent, would overlook the fact that he is not his rookie”, he confided to Football Club de Marseille. It remains to be seen whether OM, which does not have a purchase option, will be able to compete to recruit William Saliba , who will inevitably be very coveted next summer if he keeps this level all season. A few weeks ago, Thibaud Vézirian also revealed that it could depend on a qualification in Champions League : “If OM hangs on the Champions League, he will want to stay absolutely. There was no option to buy for reasons of timing, implementation. But negotiations are already underway to buy Saliba. Longoria, I believe, has even spoken about it. “For his part, still according to The Sun, William Saliba would not be opposed to a departure from Arsenal where he does not seem to fully fit into the plans of Mikel Arteta . Pablo Longoria will therefore scrutinize this situation closely, and if he manages to keep the defender trained at ASSE , no doubt it would be the first very big blow of the next summer transfer window.