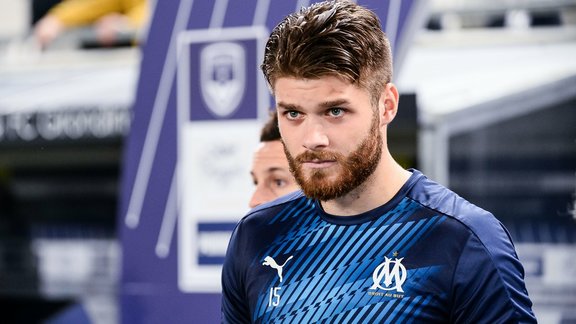 Coming very close to leaving for OM in recent months, Duje Caleta-Car delivered an XXL performance on Sunday night against Lorient. And Jorge Sampaoli seems to be counting on the Croatian defender in the future…

Last January, Duje Caleta-Car had come very close to a departure for Liverpool and had even waited at the airport for the green light from the management of OM . In vain. History repeated itself during the summer transfer window as despite interest from the Premier League and Valencia CF , the Croatian center-back remained with Marseille. And while it looked like it was going to leave, Caleta-Car could finally fit into the plans of Jorge Sampaoli at OM over time.

“He will have to continue to grow with the team”

Asked at a post-match press conference on Sunday after the victory of OM against Lorient (4-1), Jorge Sampaoli sent a strong message to Caleta-Car : “He must consolidate his level of commitment with the club and he will be an important contribution in the collective functioning. He is a player who wins a lot of duels, who manages well one against one. We have to function collectively defensively to know that we will have to control attackers who are much faster than our defenders. So if we operate collectively, we will be better. Duje played very calmly. He was domineering on several actions of the match. He will need to continue to grow with the team defensively and collectively, “said the OM coach.