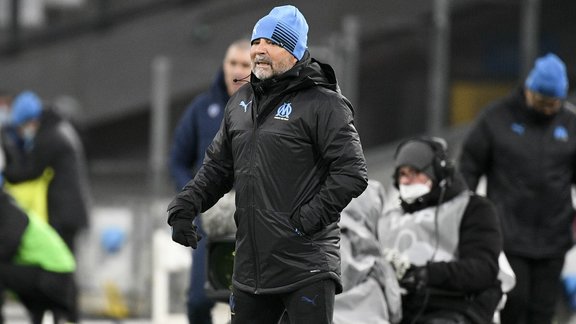 As the January transfer window approached, Jorge Sampaoli did not rule out seeing reinforcements arriving at OM. And the two priorities of its workforce seem clear…

Recently interviewed at a press conference, Jorge Sampaoli took stock of the arrival of possible reinforcements at OM during the next transfer window winter which will open its doors at the beginning of January: “I speak every day with the president and through him also with the owner. We have a new workforce, but limited. We are talking about this possibility of recruiting in the transfer window, but more than my desires, there is the economic reality of the club. The president and the owner know this better than I do. I'm doing my job to make this group as competitive as possible, after that I'm limited, “said the OM coach. But which profiles would be appropriate to bring added value to the group of Sampaoli ?

A goalscorer and right side in priority?

First of all, a major position would require reinforcement: that of scorer. Arkadiusz Milik serves as the starter and Bamba Dieng has shown great promise since the start of the season, but another quality profile would not be too much for the < strong> OM , something that Sampaoli had sought after last summer after the departure of Dario Benedetto . In vain. And indeed, Pol Lirola being the only right-back training at OM, the recruitment of a lining could prove to be valuable for Jorge Sampaoli .