Mercato | Mercato – OM: Things are heating up behind the scenes between Longoria and Kamara! 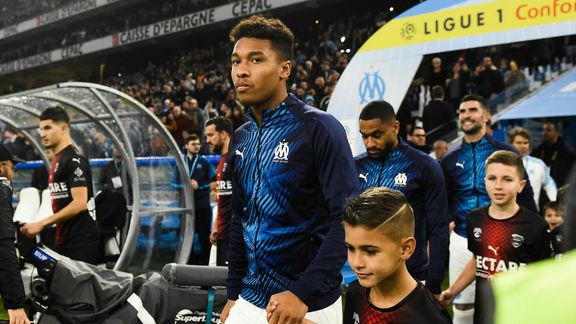 The tension shows between Boubacar Kamara and Pablo Longoria. The Marseille player would have made the decision not to go to a press conference last Friday, in particular because of his difficult relationship with his president.

The future of Boubacar Kamara in the OM remains as uncertain as ever. Tied with his training club until the end of the season, the midfielder has yet to extend his contract and is heading straight for a free start. President of the Marseille formation, Pablo Longoria tries to hold him back, but the versatile player has reportedly turned down the latest extension offers. Kamara had the opportunity to clear things up about his future as he was scheduled for the last OM press conference on Friday, alongside Jorge Sampaoli. But the player refused to go.

Tensions between Longoria and Kamara?

According to information from RMC Sport, Boubacar Kamara would not have appeared at a press conference in order to avoid having to answer questions about his uncertain future at OM . But according to Foot Mercato, the player refused to go there also due to tensions with Pablo Longoria . Indeed, the relationship between the midfielder and the manager would have been strained lately, due in particular to his contractual situation. As the media explained, Kamara would no longer endure the “pressure blows” sent by his management to extend. Tension is mounting on this issue.