Mercato | Mercato – OM: This huge revelation on the arrival of Guendouzi! 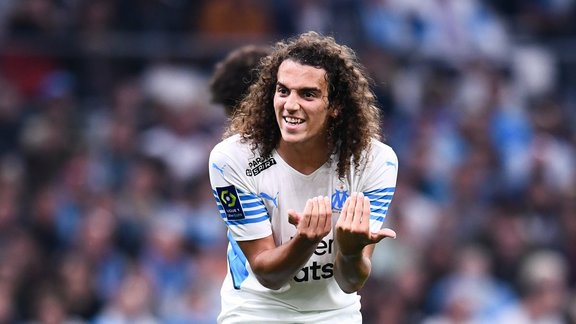 Loaned by Arsenal to OM this summer, Mattéo Guendouzi was quickly convinced by Jorge Sampaoli's speech as Sylvain Ripoll reveals.

Among the many recruits of the Olympique de Marseille , Mattéo Guendouzi is probably the one who integrated the best. Already indisputable holder in the starting XI of Jorge Sampaoli , the former Lorient player wasted no time in making himself indispensable. It must be said that Mattéo Guendouzi did not hesitate for a long time before accepting the offer of OM . After a very complicated season at Arsenal following the departure of Unai Emery and an equally inconclusive loan at Hertha Berlin , he was quickly convinced by the speech of Jorge Sampaoli as explained Sylvain Ripoll , the coach of the Espoirs, who also knew Guendouzi in his younger years at Lorient .

“The discussion he was able to have with Sampaoli, the feeling, were very important”

“Sampaoli's personality, the discussion he was able to have with the coach, the feeling, were very important. He measured all that and he saw very clearly in his choice. I felt him very excited to join Marseille. He has a tactical culture, a curiosity for the game and he is very interested in collective balance. With a trainer, he asks questions, he wants explanations and to understand them. At OM, things are bubbling up and it's a very good stage for him. Sometimes he has to learn to channel his energy, but he has to keep it too, “he says in the columns of L'Equipe.