Mercato | Mercato – OM: This is how Longoria managed to convince Sampaoli… 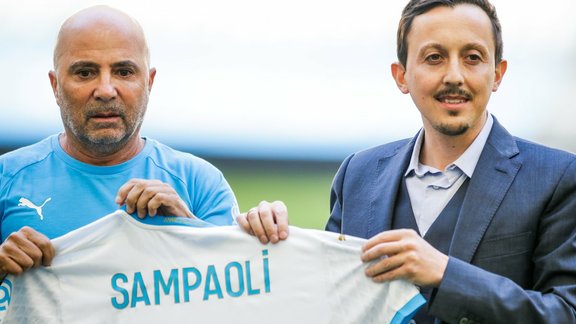 Dislodged by the management of OM last winter while training in Brazil, Jorge Sampaoli released a big confidence Sunday evening, indicating that it was the Marseille fans who indirectly convinced him to come to the club.

Following the sudden departure of André Villas-Boas who had suddenly resigned from the leadership of OM last February, Pablo Longoria is urgently looking for a new coach. Quickly, the name of Jorge Sampaoli was announced as a priority in the mind of the Marseille president, and the Argentine technician ended up formalizing his arrival in Marseille a few weeks later after the interim provided by Nasser Larguet . But a very specific reason pushed Sampaoli to land at OM to take up the challenge …

“I came for the Marseille public “

Asked at a press conference on Sunday evening after the draw between OM and PSG , Jorge Sampaoli unveiled the decisive role of Marseille fans in their choice to succeed André Villas-Boas last February: “OM supporters are incredible. It's the best audience in France for me. When I had the opportunity to come here, sincerely I came for the Marseille public. I knew the heat of the Vélodrome and the football festival it generates. That's why I preferred to come here, “said the OM coach.