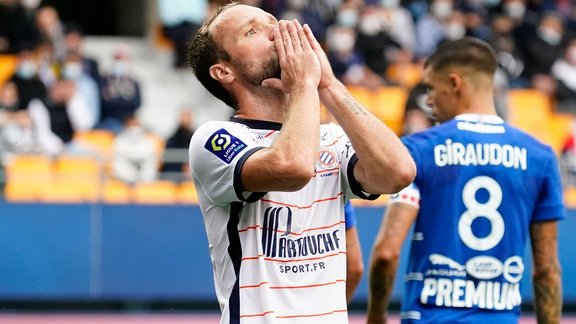 While he left OM this summer, Valère Germain does not regret his choice at all and is looking forward to playing in Montpellier.

Arrived at OM during the summer of 2017 after two good seasons at OGC Nice then at AS Monaco , Valère Germain never managed to win in Marseille and finally left the Marseille club this summer at the end of his contract. He joined Montpellier where he has the difficult task of succeeding the prolific duo composed of Gaëtan Laborde and Andy Delort . But Valère Germain does not regret his choice and feels better in Montpellier than at OM .

“It's a family club, a little quieter”

“From a sporting point of view, yes. Not so much on a human level, because even though I didn't play a lot with Marseille the last year, I got along well with all the players in the locker room, I was happy to go to training. When I spoke with President Nicollin, I immediately felt that this was a club that could suit me. That we were defending the same values. It's a family club, a little more peaceful and calming (than OM) on a daily basis. It was an atmosphere that I wanted to find again, to start again. And, finally, I did well to wait. I feel good in this team. We have a game that suits me quite well, ”he confides in the columns of L'Equipe.