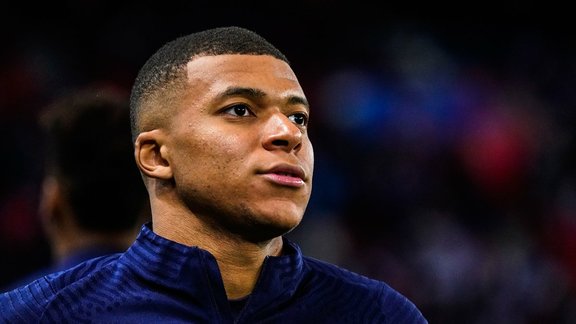 Determined to get their hands on Kylian Mbappé next summer, Real Madrid are reportedly planning to jump into action in January to secure the PSG forward.

“He's a great player. He knows what he wants to do, so do we. If it goes forward? I hope ! “. Asked this Monday evening by La Chaîne L’Equipe on the sidelines of the Ballon d'Or ceremony, Nasser Al-Khelaïfi raised doubts about the future of Kylian Mbappé. It must be said that PSG are no longer in a strong position with their French international, under contract until the end of the season. Kylian Mbappé is therefore now master of his own destiny, with the possibility of signing up for the club of his choice in January for the next year. A situation that has obviously not escaped the Real Madrid , determined in this case.

As OK Diario explains, Real Madrid want to complete the arrival of Kylian Mbappé as soon as possible. Thus, the Merengue management would have planned to move up a gear from the beginning of January by approaching the PSG striker in order to finalize the establishment of an agreement for his arrival in the next summer. Eager to join Real Madrid during the last summer transfer window, Kylian Mbappé will this time have free rein to realize his dream, enough to seal the plans of PSG .