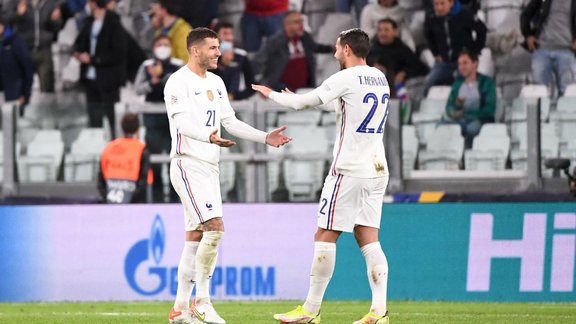 Still appreciating the profile of Theo Hernandez as much, Leonardo would have a lot to do to attract him to PSG. Besides competition from England, the Paris sporting director should find a way to derail AC Milan's overtime plans.

Not seeming to particularly count on Layvin Kurzawa who could have packed up in the last season, and although Juan Bernat be operational again, the PSG would always seek to strengthen the position of left side. As Fabrizio Romano recently revealed, the will of Leonardo would be to exercise the call option fixed at 40M € in the loan of Nuno Mendes agreed with the Sporting Lisbon . However, the sporting director of PSG would not close the file Theo Hernandez, on the contrary.

PSG is in great danger for Theo Hernandez

According to TMW, PSG would indeed be in the race to complete the transfer of Theo Hernandez, whose the contract at Milan AC runs until June 2024. The new French international would be popular on the market since Premier League formations would also be on the spot. In order to block the competition, Milan AC would be ready to triple the annual salary of 1.5M € of 'Hernandez by encouraging him to extend his contract for two more seasons, until June 2026. And for his part, the left side would not plan to leave Lombardy.