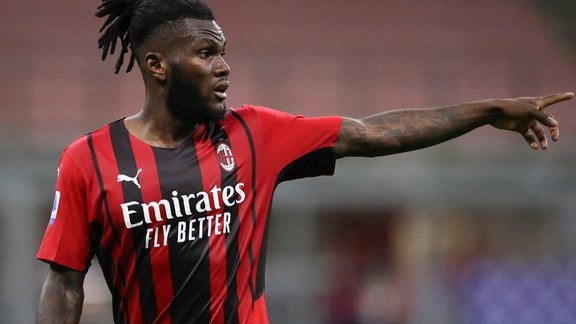 Paolo Maldini maintained the hope of an extension of FrancK Kessié, coveted by PSG. What should we think ? Analysis.

Contacted by Sky Sport Italia, Paolo Maldini , technical director of AC Milan , gave an update on the next transfer window winter as well as the file of extensions, in particular that of Franck Kessié , coveted by the PSG and for the free moment in June: “Honestly our team is competitive and at the moment we have no intention of doing anything and I don't think we will do anything else. For extensions, we are still working on it, there are negotiations and as long as there is time there is hope ”. What should we think about it?

If Kessié not already prolonged…

The sentences of Maldini appear quite classic in this kind of circumstance, to know that the club having failed to extend its player at the end of the contract, maintains the hope of an extension and refuses to accept the principle of a departure in June, while it appears clear that if no agreement was not found at this time of year, there will be none. Clearly, the fact that Maldini evokes as always possible an extension of Kessie does not have great consistency. Today, it would take an improbable turnaround for the Ivorian midfielder to prolong … An excellent coup in anticipation for PSG ?