Mercato | Mercato – PSG: A suitor positions himself publicly for Donnarumma! 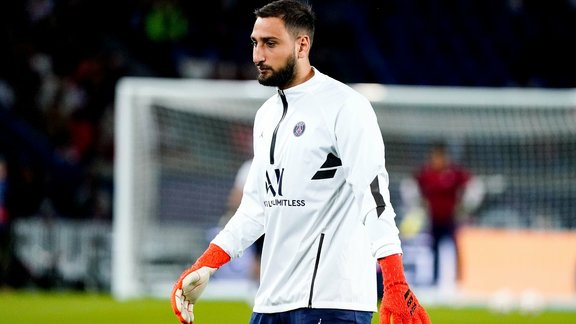 Long announced in the sights of Juventus last summer, Gianluigi Donnarumma has finally signed to PSG. But Giorgio Chiellini is showing his desire to see him land at the Italian club …

It's a fact, the summer of 2021 has been very eventful for Gianluigi Donnarumma . Sacred best player of the Euro that he won with the Italian selection, the transalpine goalkeeper then decided to engage freely with PSG after having reached the end of his contract with the AC Milan . Juventus Turin was also announced in the footsteps of Donnarumma , and the iconic Turin defender Giorgio Chiellini made a big announcement on the future of his compatriot at the DAZN microphone.

“In a few years, I will try to recruit him”

“Gigio is a keeper different from the others, like the was Gigi Buffon. It's obvious. We will see if it reaches its level over time. But Gigio is not a normal goalkeeper, he is unusual. Why didn't I convince him to sign for Juve? I can't decide anything yet (laughs). In a few years (if he becomes a leader), I will try, “ Chiellini said.