Mercato | Mercato – PSG: Achraf Hakimi lets go of his truths about his debut in Paris! 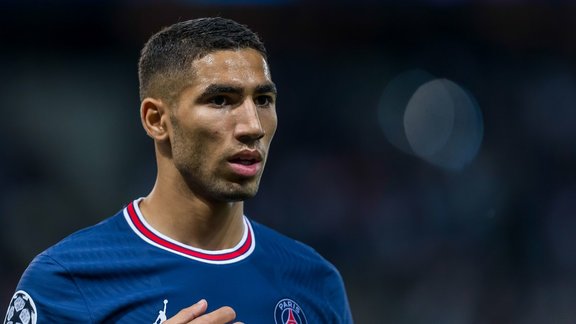 Discovering a new championship this season, Achraf Hakimi needed some time to adapt. But the Moroccan seemed already well informed about Ligue 1.

After playing in Liga (with Real Madrid ), Bundesliga ( Borussia Dortmund ) and Serie A ( Inter ), Achraf Hakimi has discovered a new championship this season. Last summer, the Moroccan signed with PSG until June 2026. And the 23-year-old right-back quickly established himself in Mauricio Pochettino's starting XI. Achraf Hakimi took part in 21 matches in all competitions, including 19 as a starter. However, like any player who discovers a new league, the Moroccan needed some adaptation time in Ligue 1 . But the new Parisian defender already seemed well informed.

“The teams and the level here are very high”

“Does every match seem difficult? Yes ! It's a very difficult championship, very physical, and the level is very, very strong, even if people don't think so. But there are a lot of matches and a lot of difficult stadiums with great players here. Each meeting is complicated to play. The level in Ligue 1? I had seen a lot of Ligue 1 games before. I also knew a lot of players from my national team who play there, and I also played against French teams, so I was expecting that. The teams and the level here are very high ”explained Achraf Hakimi at the microphone of PSG TV.