Mercato | Mercato – PSG: Barça has still not digested the departure of Lionel Messi! 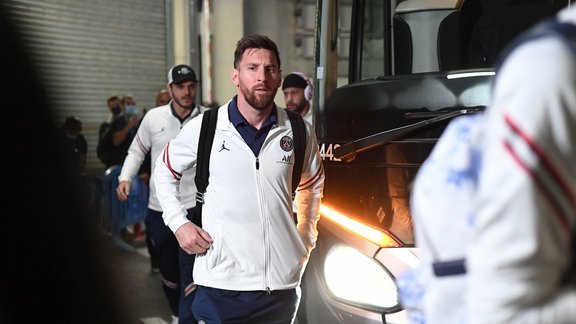 This Sunday, FC Barcelona played their first Clasico without Lionel Messi for a very long time… and lost against Real Madrid (1-2).

This summer, Joan Laporta did everything to retain Lionel Messi at FC Barcelona and to balance the club's economic record. He failed in both cases, as Messi flew to Paris Saint-Germain and Barça are undoubtedly going through one of the worst crises in their history. However, big sacrifices have been made since a year after pushing Luis Suarez towards the exit, it is Antoine Griezmann which was almost given to Atlético de Madrid and the Barcelona attacking trio is now formed by Memphis Depay, Ansu Fati and Luuk De Jong , recently arrived from Sevilla FC .

“We no longer have the great attackers we had before”

On the sidelines of this defeat, Ramon Planes delivered a fairly clear report concerning the workforce of FC Barcelona , especially since the departures of Lionel Messi and Antoine Griezmann . “We don't have the great attackers we had before. We can't ask for more from this team ”explained the technical secretary of Barça , at the microphone of Movistar +. “Barça is a team under construction, everyone knows that”. Some assure that reinforcements could arrive this winter, but others assure that Barça do not have the slightest penny to invest at the moment.