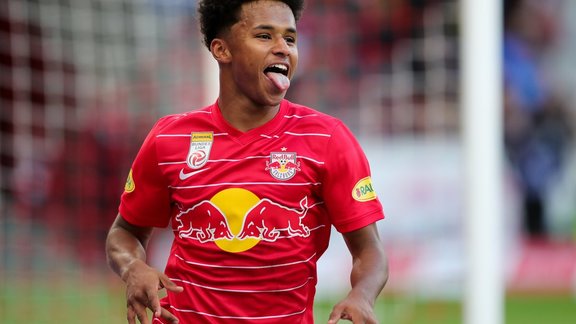 While PSG would be interested in Karim Adeyemi, FC Barcelona would be on pole to welcome the German striker.

Free at the end of the season, Kylian Mbappé does not seem decided to extend his lease with PSG , thus forcing the capital club to consider replacing him. Several profiles are therefore being studied internally, between confirmed star or aspiring player, and Karim Adeyemi corresponds precisely to this second criterion. At just 19 years old, the German striker impresses with Red Bull Salzburg , allowing him to make his debut with Mannschaft last September. The agent of Adeyemi has already met with many leaders, including those of PSG , to discuss the future of the native of Munich, but in this file, it is is the FC Barcelona which would be ideally placed.

Barça on pole for Karim Adeyemi

In recent hours, Sky Germany announced that FC Barcelona had made an offer to Salzburg to secure the services of Karim Adeyemi , and this offensive could bear fruit. This Wednesday, the journalist Matteo Moretto announced that Barça was in pole position in this file and felt internally to have done the maximum to accommodate the German player next summer. PSG would therefore be clearly left behind for the signing of Karim Adeyemi .