Mercato | Mercato – PSG: Benzema made a big decision with Mbappé! 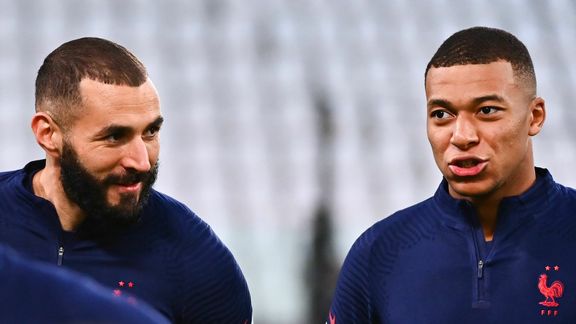 According to the Catalan press, Karim Benzema is convinced that Real Madrid will manage to recruit Kylian Mbappé. The striker wishes to help him in his adaptation and to accompany him next season.

The proximity between Kylian Mbappé and Karim Benzema is not more to prove. Partners in the French team , the two men get along well. In the Nations League semi-final against Belgium, the Real Madrid playerhad let his young teammate shoot the resulting penalty. “Like I said, we're all penalty shooters. I could shoot it. But I really wanted him to score because it had been a while since he scored, he had missed a penalty recently, ”he admitted. And the two attackers could well rub shoulders next season more frequently and evolve under the same jersey.

Benzema wants to fill the role of big brother with Mbappé

Under contract until the end of the season with PSG, Kylian Mbappé has still not extended and is heading towards a start. For Karim Benzema , there is no doubt about his next destination. “He's a player who will play for Real Madrid one day or another,” he said in September. And as El Nacional points out, the former OL player is confident that Mbappé will wear the Real Madrid shirt next season. Benzema would like to behave like a big brother to him and help him adapt next season.