Mercato | Mercato – PSG: Can Kylian Mbappé still change his mind about his future? 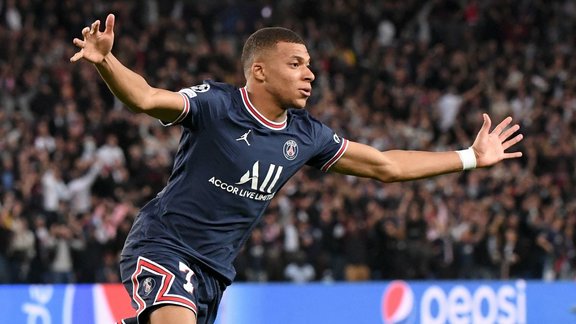 At the end of the contract next June, Kylian Mbappé is at the heart of all attention for his future. But while he has confirmed he asked to join Real Madrid this summer, can the PSG striker agree to extend?

At the heart of a huge soap opera this summer, Kylian Mbappé admitted to having demanded his departure from PSG to join Real Madrid . “I asked to leave, because from the moment I did not want to extend, I wanted the club to have a transfer fee to have a quality replacement,” he confided to the microphone of RMC. But PSG opposed the sale of their striker, rejecting offers ranging from 160 to 200 M €, taking the risk of seeing Kylian Mbappé go free at the end of season. The capital club is no longer in a strong position since it is now the French international who has his destiny in hand. But can he still change his mind?

What decision for Mbappé?

Excellent against RB Leipzig , Kylian Mbappé scored a goal, but he also delivered an assist for Lionel Messi and got the penalty, transformed by La Pulga to offer victory to PSG (3-2). As since the start of the season, the French international still proves that he is indeed the major asset of Mauricio Pochettino's team and that he is probably the real leader of the capital club's project, despite the presence of Neymar and Lionel Messi by his side. Will he realize that he is the number one asset of PSG ? And will Qatar succeed in making him understand? These are the two questions surrounding the extension of Kylian Mbappé . But time is running out since from January 1, the French striker will be authorized to discuss with the club of his choice with a view to making a free entry for next season.

According to you, Mbappé will he agree to extend to PSG?