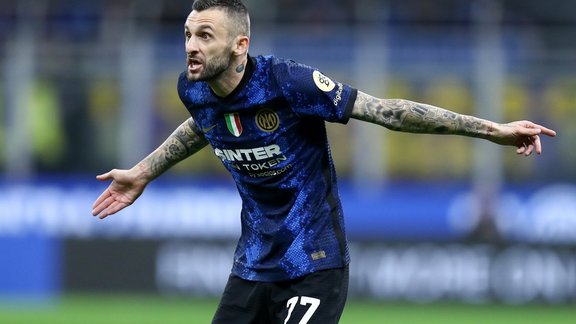 Just arrived on the bench of Tottenham, Antonio Conte would be ready to get in the way of PSG for Franck Kessie. In addition, the new coach of Spurs would also like to play a nasty trick at the Parisian club for Marcelo Brozovic.

After completing the arrivals of Leo Messi, Gianluigi Donnarumma, Georginio Wijnaldum and Sergio Ramos for 0 €, Leonardo would like to repeat this feat with other players in the summer of 2022. Indeed, the sporting director of PSG would have identified the profiles of Franck Kessie (AC Milan) and by Marcelo Brozovic (Inter), both at the end of their contract on June 30, and would like to recruit them freely and for free. However, Antonio Conte, who has just signed up for Tottenham, would be ready to seal these two files of PSG.

Marcelo Brozovic also in the sights of Antonio Conte?

As announced by the Gazzetta dello Sport, Antonio Conte would indeed be on the trail of Franck Kessie according to Nicolo Schira. And according to the Italian journalist, PSG should also be wary of the new coach of Tottenham for Marcelo Brozovic. Indeed, the midfielder of Inter would also be a target of Antonio Conte to strengthen the squad of Spurs. Leonardo, the sporting director of PSG, would therefore do better to stay on guard.