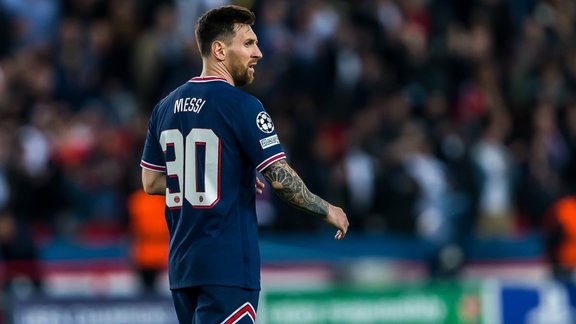 While Leo Messi is now playing for Paris Saint-Germain, Joan Laporta once again wanted to explain behind the scenes of the departure of the Argentine international from FC Barcelona.

After the election of Joan Laporta last March, everything indicated that Leo Messi was going to extend his contract at FC Barcelona . Only here, the financial problems of the Catalan club decided otherwise. So, after weeks where it was repeatedly announced that the extension of La Pulga was imminent, Barça finally had to bring himself to see Leo Messi leave at the beginning of August in the face of his inability to register his emoluments in his colossal payroll. This then offered a golden opportunity for Paris Saint-Germain to enlist the six-time winner of the Ballon d'Or , who thus initialed a two-year contract with an optional third additional year at the end. of an intense five-day soap opera.

“That moment had to come sooner or later”

However, while PSG relishes the presence of Leo Messi in its squad, this denier having already scored three goals in three matches of the Champions League , FC Barcelona is going through a delicate start to the season without the man who had been its providential man for years. And on the occasion of the Catalan Club Socios assembly, Joan Laporta once again explained behind the scenes of the departure of the former number 10 of Barça . “We did not have a salary margin and with the result of the audit, we realized that the inheritance received was not good. In an attempt to keep Messi, we should have agreed to a deal with an investment fund called CVC, La Liga told us. We could not accept it as it was worded. Messi couldn't wait any longer and understood it was time not to continue. This moment had to arrive sooner or later, unfortunately it is now, maybe a few years earlier than expected, ”explained the president of FC Barcelona in remarks reported by SPORT. These explanations do not really suit some Blaugrana Socios, the latter considering that Leo Messi had been discussing for a while with PSG and that he wanted to leave since a moment as evidenced by his burofax sent to the Catalan management in the summer of 2020 asking for his departure. Accusations denied by Joan Laporta , the latter categorically affirming that Leo Messi wanted to stay in Catalonia originally: “Leo's entourage assured me, and I believe it, that they had done nothing. Messi only wanted to continue at Barça ”. It remains to be seen whether these new explanations from the boss of FC Barcelona will be able to ease the pain of the few observers of the Catalan club who are angry with Leo Messi .