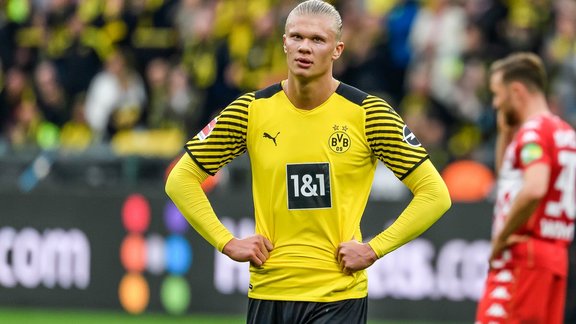 Priority of PSG to replace Kylian Mbappé, Erling Haaland could cost up to € 300M to the club which will recruit him as assured by Volker Struth, the agent of Toni Kroos.

As revealed exclusively by le10sport.com, Erling Haaland is the priority of PSG in the event of the departure of Kylian Mbappé at the end of the season. The Norwegian international would have a release clause in his contract of between 75 and 90M €, but in total, this operation could prove to be much more expensive as revealed by Volker Struth , the agent of Toni Kroos .

“Haaland has a release clause. The whole operation with the salary over five years and the commissions for the agent will probably be between 250 to 300M €, ”he says in the columns of Sport BILD, before ensuring that this price, the Bayern Munich will not be in the race: “Even if Bayern Munich had the money, they would not recruit it. Hell would break loose if a player in Germany made € 50m per year. Haaland will not decide on the basis of the money. Ten percent more or less will not guide it. “