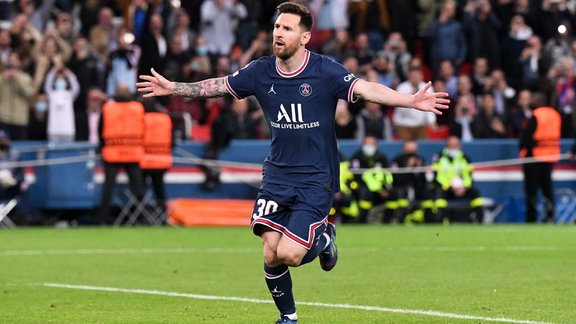 While PSG managed to secure the services of Lionel Messi during the last summer transfer window, Laurent Blanc did not hide his joy at being able to see evolve the Argentine in Ligue 1.

Without being able to extend his contract with FC Barcelona , Lionel Messi had to start looking for a new club this summer, and his choice quickly fell. on the PSG . Great goal of the Qataris since their arrival in the capital, Lionel Messi is now playing in the jersey of PSG and has already stood out with a splendid goal against Manchester City (2-0) then a double against Leipzig (3-2). Asked about the arrival of Messi on the Parc des Princes side, Laurent Blanc is already under the spell.

“Recruit Messi? It's an incredible chance “

” I would say important for the club, yes, because the club fired one of the best players, I was going to say, but he is the best player with Cristiano Ronaldo because they are on another planet. This is a very good thing for the club of course, but it is a very good thing for French football which has been going through difficult times in terms of TV rights with the covid in recent times. European football has been affected a lot, and being able to attract a player like Lionel Messi to Paris, in the French league, to allow young people to discover Lionel Messi, it is still an incredible opportunity. So just for that, that's a very good thing, “said Laurent Blanc , in comments relayed by beIN Sports.