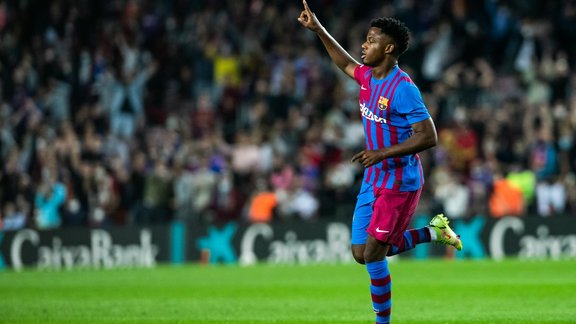 While Ansu Fati would be on the verge of signing a new contract at FC Barcelona, ​​PSG would have recently been interested in the situation of the 18-year-old Spanish international, visibly in vain…

Always on the lookout for great opportunities on the transfer market and particularly keeping an eye on the talents of tomorrow, as evidenced by the interests of PSG for Eduardo Camavinga or even Aurélien Tchouaméni , Leonardo would have taken the temperature near the clan Ansu Fati , represented by Jorge Mendes, these last hours. This is indeed the information that Mundo Deportivo indirectly shared on Tuesday morning by assuring that an interest from France was to be noted. Under contract until next June with FC Barcelona , although he has a clause to add two seasons in his lease, Ansu Fati should extend to Barça.

PSG would arrive too late for Ansu Fati

This is indeed what Mundo Deportivo and SPORT revealed on Tuesday noon. According to Catalan media, the trip of the general manager of FC Barcelona in the person of Mateu Alemany to Porto would have changed the game. His discussion with Jorge Mendes would have resulted in an agreement in principle for a six-year contract according to MD and five years for SPORT. Either way, PSG would have missed the Ansu Fati train.