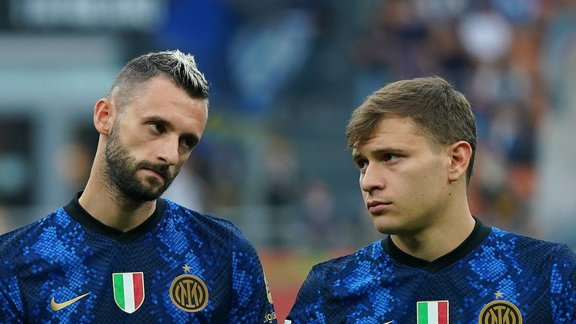 Since his return to PSG, Leonardo has multiplied the recruits in the midfield, but it seems that he is still not fully satisfied. After recruiting Georginio Wijnaldum during the last summer transfer window, the sporting director has identified several profiles to strengthen the midfield of Mauricio Pochettino in 2022. However, he could already be forced to leave two targets. As reported by Giuseppe Marotta, he sees Marcelo Brozovic and Nicolo Barella extended, despite the alleged interest of PSG.

Since his return to PSG, Leonardo has recruited a number of midfielders. Indeed, before the summer of 2021, the sporting director of PSG had already recruited Ander Herrera, Danilo Pereira, Idrissa Gueye and Rafinha. This summer, Leonardo took advantage of the end of Georginio Wijnaldum 's contract with Liverpool to recruit him for 0 €. And despite all these arrivals in the midfield of Mauricio Pochettino, the former AC Milan would still not be satisfied. Indeed, Leonardo would still like to recruit in the midfielder in 2022. With this in mind, the sporting director of PSG would have ticked several names, and in particular those of Marcelo Brozovic (under contract until June 30 2022) and Nicolo Barella (hired until June 30, 2024), two residents of the Inter . However, Giuseppe Marotta does not want to let go of his two players so easily. Moreover, he made it clear to Sky Sport that he intended to extend them both. “The issue of renewals and extensions is not a problem. First of all, only the players who are happy to be with us should stay at Inter. For now, Brozovic has indicated his intention to stay with us, as have Lautaro, Barella, those who have been mentioned often. I would say that the whole team deserves a commendation from us and, more precisely, to the answer, I answer that in the coming weeks, Ausilio and I will have the opportunity and the opportunity to confront each other ”, clarified most recently the managing director of Inter .

During an interview with Il Corriere della Sera, Giuseppe Marotta added a layer, clearly announcing that Marcelo Brozovic and Nicolo Barella had left to extend with Inter . “(Marcelo) Brozovic's contract is about to expire. It will still take time, but I am confident ”, blurted out the managing director of the Nerazzurri about Marcelo Brozovic, before looking into the case of Nicolo Barella :“ (Nicolo) Barella and Lautaro (Martinez) will extend their contract with a salary increase, we are close ”. To believe Giuseppe Marotta, Leonardo should not therefore afford the two players of Inter in 2022. Thus, the sporting director of PSG would therefore do better to look to other avenues. Unless he decides to be content with the long list of midfielders he has available, namely Marco Verratti, Leandro Paredes, Georginio Wijnaldum, Ander Herrera, Danilo Pereira, Rafinha, Idrissa Gueye and young people Xavi Simons, Ismaël Gharbi, Eric-Junor Dina Ebimbe, Nathan Bitumazala and Edouard Michut.