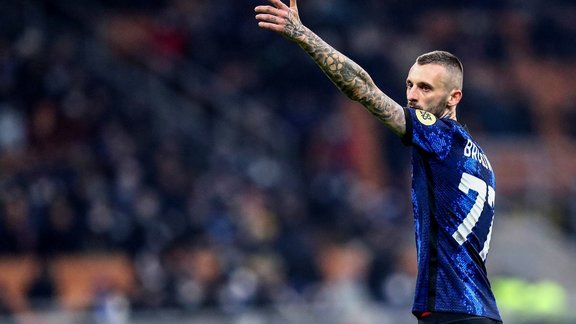 Giuseppe Marotta has spoken about the future of Marcelo Brozovic, whose contract with Inter ends in June and who seems to be highly regarded at Paris Saint-Germain.

Along with their big bangs, Paris Saint-Germain seems ready to exploit the players' market at the end of their contract. This has also been very successful for him this summer, with Lionel Messi and Gianluigi Donnarumma in particular. Thus, Leonardo is already working on several hot issues and this would be the case for < strong> Marcelo Brozovic. Already approached by the sporting director of PSG in the past, the Croatian is approaching the end of his contract with Inter and in just a few weeks he will already be able to negotiate with another club.

“If the players want to continue at Inter, then the agreement will be found very easily”

On the sidelines of the meeting between AS Roma and the Inter of this Saturday, Giuseppe Marotta addressed several hot topics, in particular the contractual situation of Marcelo Brozovic. “We have frequent contact and we think this group deserves to be confirmed,” said the managing director of Inter , at the microphone of DAZN. “If the players want to continue at Inter, then the deal will be found very easily.” Note that PSG would not be the only club in the footsteps of Brozovic, which would also appeal to Bayern Munich.