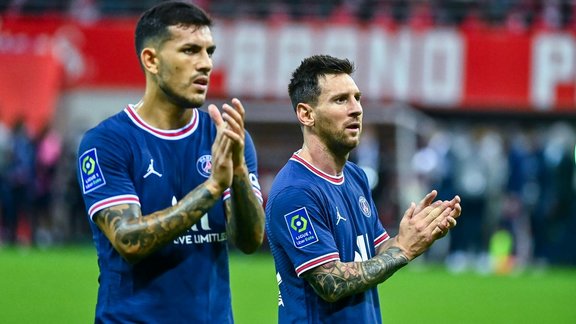 While the PSG seems to have started a big downsizing operation for the January transfer window, Leandro Paredes would be one of the elements with a voucher.

The January transfer window already promises to be relatively hectic at PSG ! As was already the case last summer, Leonardo was reportedly tasked internally with reducing the workforce's payroll and selling several junk in order to recover cash. Mauro Icardi and Layvin Kurzawa are particularly affected by a departure, but PSG would also consider pushing another of its big salaries towards the exit…

Paredes will not be kept

Foot Mercato announces this Friday that Leandro Paredes (27 years old), whose monthly salary is estimated at € 750,000 at PSG , would not be retained in case of good offer this winter. The Argentine midfielder would also have an interesting rating in Italy where he could go to revive, he who had been recruited for € 40m by PSG in January 2019 from Zenit Saint Petersburg .