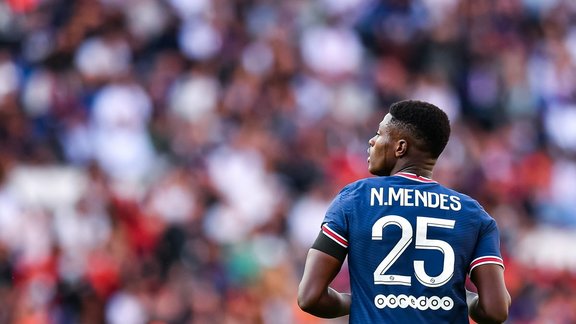 PSG's ultimate summer recruit, Nuno Mendes admitted that the capital club was not alone in recruiting him this summer.

After a smoothly conducted transfer window with the arrivals of Achraf Hakimi , Georginio Wijnaldum , Gianluigi Donnarumma , Lionel Messi and Sergio Ramos , PSG has completed its recruitment with the loan of Nuno Mendes. A great hope for Portuguese football, the 19-year-old left-back landed in the form of a paying loan of € 7m with a purchase option of € 40m. A very nice coup for PSG since the player trained in Sporting was very coveted.

Other clubs were in the game for Nuno Mendes

Indeed, in an interview with Onze Mondial, Nuno Mendes reveals that PSG was not the only club interested. “Other clubs? Yes, but I told my agent that Paris was my priority and I'm glad I joined this club. It's a club that I have been following and have loved for a long time, so I wanted to continue my work here, ”he says.