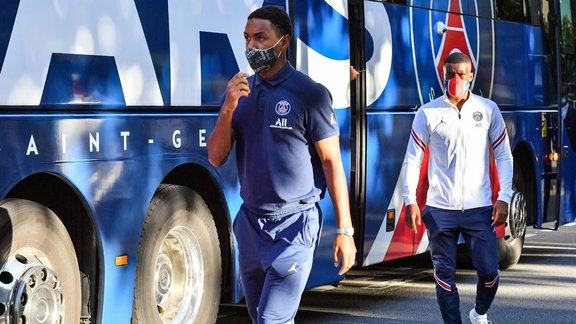 Determined to downsize its workforce, PSG will probably miss the opportunity to give up Abdou Diallo since AC Milan is now turning to Eric Bailly.

This winter, the PSG aims to sell in order to downsize its large workforce, but also to reduce its payroll and replenish its coffers. With this in mind, Rafinha was loaned to Real Sociedad , without an option to buy while Leonardo continues to look for ways out for several unwanted people. Sergio Rico is thus followed by the RCD Mallorca and Layvin Kurzawa would be in the sights of the OL and the ' Inter Milan . But another start seems less well underway.

Indeed, barred by the competition both in the axis and in the left lane, Abdou Diallo would be followed by AC Milan . However, according to information from Fabrizio Romano , the Lombard club cannot find common ground with PSG who want to sell the Senegalese international while the Rossoneri prefer a loan. Failing to agree, AC Milan now turns to Eric Bailly who plays little at Manchester United . Again, the Italians hope to complete a loan. The track leading to Abdou Diallo therefore seems to be moving away.