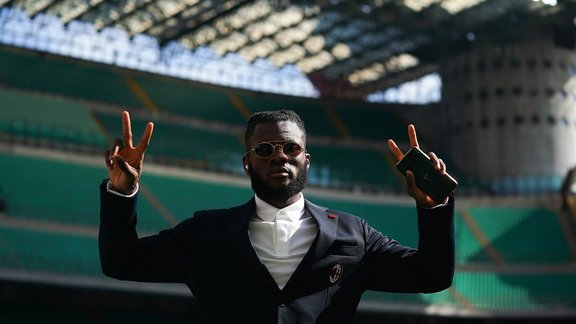 At the end of his contract with AC Milan, Franck Kessié could be Leonardo's next big move at Paris Saint-Germain.

This summer, Leonardo was able to do well and recruit several players at the end of their contract. This was the case with Lionel Messi, but also Sergio Ramos, Gianluigi Donnarumma and Georginio Wijnaldum, who came to strengthen the workforce of Mauricio Pochettino without Paris Saint-Germain spending a single penny. Leonardo would already have a new target with Franck Kessié, whose contract with AC Milan ends next June. A few months ago an extension seemed well underway, but the Italian press now assures that the roads of Kessié and the Milan club should separate.

Kessié no longer has his place in the new Milan

According to information from La Gazzetta dello Sport, AC Milan has made a enormous effort to satisfy Franck Kessié, but an extension would be compromised and his departure became inevitable. The daily explains that the Rossoneri have the intention of lowering their payroll and a player who claims at least € 8m per does not seem to be heading towards this goal at all. His succession seems to be already being prepared, notably with Boubacar Kamara from Olympique de Marseille .