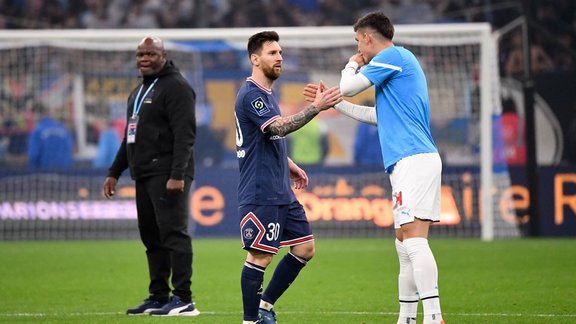 Asked to comment on the arrival of Lionel Messi at PSG, Leonardo Balerdi declares his love for his compatriot whom he has rubbed shoulders with in the Argentine selection.

This summer, the PSG jumped on the opportunity that arose with Lionel Messi whose contract at FC Barcelona could not be extended. Therefore, the Argentine star has signed up with the Parisian club until 2023 with an optional additional year. An arrival that obviously did not fail to make people talk, especially with Argentines in Ligue 1, and even at OM .

In an interview with ESPN, Leonardo Balerdi recounted the first time he met Lionel Messi with the Argentine selection. “The first time I saw him with the selection, I just had to say 'hello', but that makes you nervous because he's the person you see in all the newspapers and magazines. But it's great to be able to share that with him, ”says the OM defender.