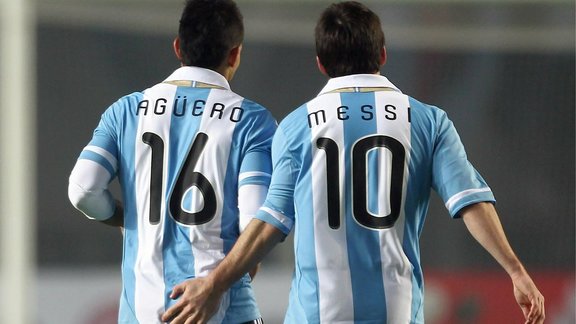 A great friend of Lionel Messi, whom he hoped to meet again by signing for FC Barcelona this summer, Sergio Agüero sends a strong message to the new star of PSG.

Arrived free at FC Barcelona this summer after the end of his contract with Manchester City , Sergio Agüero initially thought to meet there his friend Lionel Messi who had left to extend. But due to the financial crisis they are going through, Barca were ultimately unable to continue with the Argentina striker, who therefore signed up for free with PSG . Asked at a press conference on Tuesday, Agüero mentioned the departure of Messi .

“I want him to do what he has always done “

” The departure of Messi? This is already in the past. We were all taken by surprise and I prefer to think about it from now on. He is having fun and as a friend, I want him to do what he has always done ”, indicates Sergio Agüero , who therefore wishes a lot of happiness to Lionel Messi at PSG .