Mercato | Mercato – PSG: Mbappé, Pochettino… Qatar must have to manage a revolution! 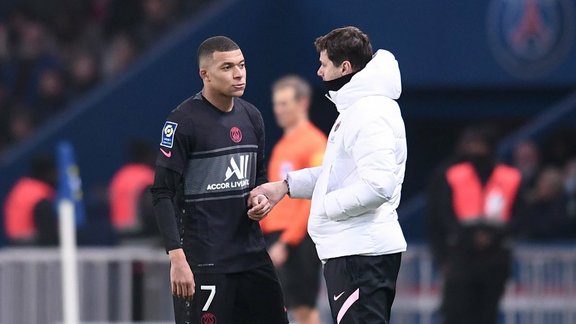 Between the end of Kylian Mbappé's contract who seems promised a free start at the end of the season and the very delicate situation of Mauricio Pochettino who is the subject of many criticisms, Qatar could well make many changes in the coming months .

“What can make me stay at PSG?” We are far from it, since I wanted to leave this summer. I'm not going to be the hypocrite and come and throw a bottle in the sea, like, “Oh, I don't know.” “, Clearly indicated Kylian Mbappé last October in the columns of L’Equipe, thus clearly suggesting that he would be leaving PSG free at the end of the season at the end of his contract. The French striker, determined to rally Real Madrid since last summer, will therefore have to be replaced, and this mission promises to be perilous for Qatar . But this is not the only major change that seems to be looming at PSG …

In addition to Mbappé, the Pochettino case is talking about

While the results of the moment disappoint PSG , as evidenced by this draw snatched in extremis on Saturday night against RC Lens (1-1), Mauricio Pochettino is in the crosshairs of observers. The Argentine coach, who is the subject of much speculation about a possible departure to Manchester United next summer, could end up boring Qatar before that deadline if the game of PSG is not improving significantly. So a big revolution may already be brewing internally.