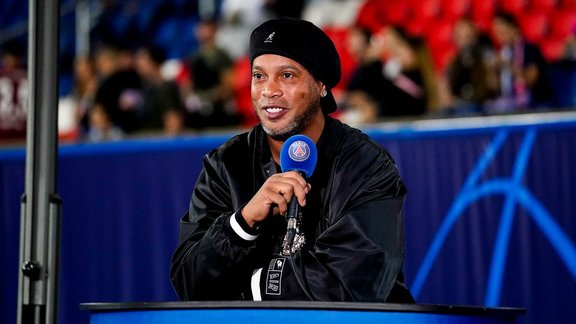 Invited by PSG to attend the match against Leipzig (3-2) on Tuesday, Ronaldinho did not hide his joy at being able to admire Neymar and Lionel Messi in the Parisian jersey.

Since the arrival of QSI in the capital, PSG witnessed the arrival of several stars in its squad, and the club did strong during the last summer transfer window by putting its hand on Lionel Messi. Free from any contract after the failure of negotiations for his extension to FC Barcelona , the Argentine has therefore chosen PSG for the rest of his career, allowing him to find Neymar , his former teammate at the Blaugrana. Two players that Ronaldinho knows perfectly, passed through PSG and Barça . Invited for the match against Leipzig (3-2) on Tuesday, the former Brazilian glory spoke on their arrival in Paris .

“It's wonderful to see two friends, two of the greatest players in history together in this club”

“It's wonderful to see two friends, two of the greatest players in history together in this club where I was also able to play. It's two number 10s, which is even better. It’s wonderful to see these two countries represented here. Unfortunately, you can't have two numbers 10 on the pitch. But I am very flattered and proud to see them wearing this jersey of a team where I was able to play, “said Ronaldinho on PSG TV, in comments relayed by Canal-Supporters.