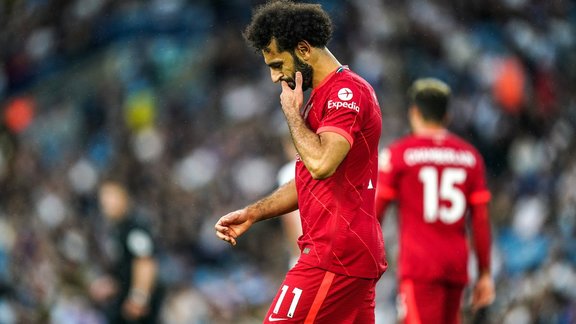 Having openly made it known that he was ready to end his career at Liverpool, Mohamed Salah has clearly taken a stand for his future as PSG consider his post-Kylian Mbappé profile. However, the Reds would not have waved a finger for their forward.

Track taken into consideration by the PSG management committee in the event of Kylian Mbappé leaving next summer , Mohamed Salah however delivered during an interview with Sky Sports in which he said Friday evening that he would like to hang up the crampons on Liverpool . “How long do I see myself here in Liverpool?” It does not depend on me. But if you ask me, I would love to stay until my last day of football. But I can't say much about it, it's not in my hands. It depends on what the club wants, not on me ”. However, his contract only runs until June 2023 with the Reds. And this situation would not be about to change, enough to allow PSG to continue dreaming of Mohamed Salah.

No negotiations between the Salah clan and Liverpool

This is indeed what The Daily Telegraph has confided in recent hours. According to the British media, despite the meaningful declaration of Mohamed Salah, no negotiations between his agent Ramy Abbas Issa and the leaders of Liverpool is not currently on the agenda. And this, although the Mersey club would express the wish that Salah extend his adventure to Liverpool . The PSG is warned.