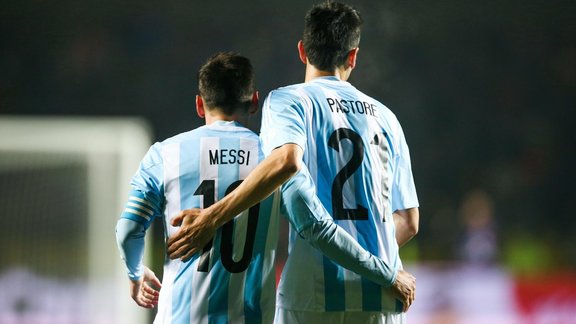 Although Lionel Messi has had a complicated start to the season, Javier Pastore ensures that La Pulga will soon return to its best level.

Arrived free this summer from FC Barcelona , Lionel Messi has had a mixed start at PSG . Between injuries and international breaks, the Argentina international struggles to integrate in Paris and he is still silent in Ligue 1 although his three goals in the Champions League have helped the PSG . But Javier Pastore is absolutely not worried.

Pastore is stepping up for Messi

“These are new people, a championship that he does not did not know, opponents he had never met. It's normal that it takes a few months to adjust, but it has quality. In the Champions League, he always shows that he is present because he knows players that he has already faced many times. Maybe that's why he has yet to score in France or find his place in the squad. But he will find his place in the team. During the second part of the season, we will see the real Messi, ”he says at the microphone of beIN SPORTS