Mercato | Mercato – PSG: Paul Pogba would have made a terrible announcement internally! 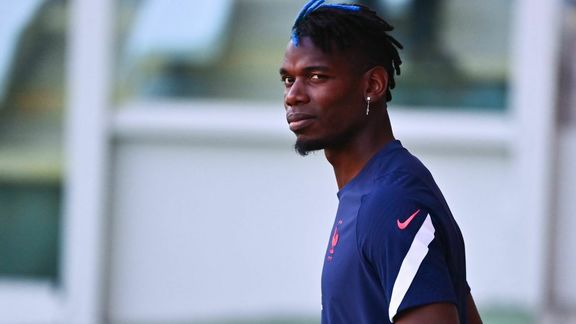 Paul Pogba would not be particularly keen on extending his contract with Manchester United, who could sell him next January. The player would favor a departure to Juventus, while his wife would choose another destination.

Paul Pogba is at a crossroads. The 28-year-old midfielder sees his lease with Manchester United expire at the end of the season and will have to choose between extending his contract and changing air. Asked about the future of the player at the beginning of September by the RAI, his agent Mino Raiola had given an update on this file: “Pogba's contract expires next year. We will talk to Manchester and we will see ”. The Red Devils would like to keep him next season, but the player has no shortage of suitors in the market. During the last summer transfer window already, several European teams knocked on his door such as PSG . In search of a midfielder, the Parisian club had started negotiations with Mino Raiola , before finally putting aside this file after the arrival of Lionel Messi. However, to believe the English press, the PSG would always want to densify its midfield and would always observe the situation of Paul Pogba , who does not envisage a return to France according to the Italian press.

Pogba does not wish to extend

As confirmed by The Manchester Evening News on Thursday, the departure of Paul Pogba no longer in doubt. The French international has still not responded favorably to the extension offer sent by Manchester United and is not expected to extend his contract with the English club. To believe the English media, the Red Devils could decide to place it on the transfer list next January in order to collect cash. But where could the midfielder land? Having grown up in the Parisian suburbs, the midfielder might not remain indifferent to the interests of PSG . But according to information from Gazzetta dello Sport, Paul Pogba would rather favor a return to Juventus, club in which he played between 2012 and 2016. “It is sure Turin stayed in his heart and he cares a lot about these things. The possibility of returning to Juventus exists but it also depends on Juve ”had also indicated Mino Raiola . The Old Lady could sell Aaron Ramsey during the next winter transfer window to make way for the French international.

Paul Pogba's wife, Maria Zulay feels good in England, but should follow suit her husband on his new adventure. However, the young woman would have a preference. As The Manchester Evening News indicates, Maria Zulay, of Bolivian origin, would prefer a departure to a Spanish-speaking country. And that could do the business of Real Madrid . Looking for a successor to Luka Modric, at Casa Blanca has also reportedly targeted Paul Pogba and could well go on the offensive in the coming months. According to information from El Nacional, the French international could be convinced and enlarge the French community present in Madrid. The soap opera Paul Pogba should stretch until the next summer transfer window.