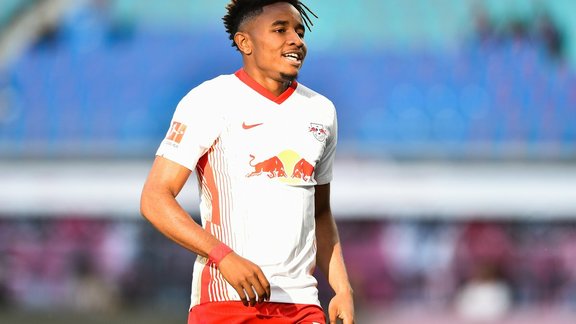 Lately, Christopher Nkunku had opened the door to a return to PSG. And if Leonardo were ever to be interested, he might have a card to play. Explanations.

Unable to break into PSG, Christopher Nkunku had chosen to join RB Leipzig . A choice that paid off as the Frenchman is one of the best players in the Bundesliga today. Having climbed the ranks, Nkunku now sees higher, notably opening the door to a return to PSG . Indeed, recently for Téléfoot, the midfielder explaining: “PSG remains my training club. Come back to PSG one day, why not ”.

Christophe Nkunku therefore opened the door to PSG . It remains to be seen whether Leonardo will decide to step into the breach to attempt a return of the former Parisian titi. And if this were the case, PSG could have a say, thanks in particular to a certain Pini Zahavi . Indeed, as revealed by Le Parisien, Nkunku recently secured the services of the Israeli agent, who is very close to PSG and Leonardo , having notably contributed to the transfer of Neymar in 2017. While the future of Christopher Nkunku could quickly become one of the big issues of the transfer window, the connection Paris-Zahavi could therefore help in negotiating with RB Leipzig .