PSG: Qatar, sale … This incredible revelation on the arrival of QSI! 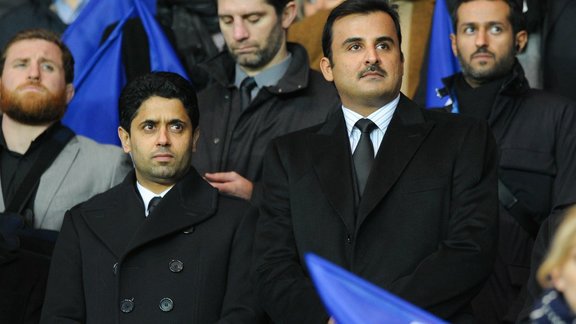 In 2011, the PSG passed under the Qatari flag with the arrival of the QSI investment fund. And yet, five years earlier, the arrival of Qatari investors had been ruled out by Parisian decision-makers.

After several seasons under the American flag with Colony Capital , the PSG changed dimension with the arrival of Qatar. Indeed, the investment fund QSI bought the club from the capital and since then, Parisian ambitions have clearly changed in radical ways since PSG has recruited many stars. And yet, everything could have failed, as revealed by Luc Dayan . Fine connoisseur of this ecosystem and specialist in restructuring professional clubs, the former president of RC Lens and FC Nantes announces that his plan to buy back PSG in 2006 had failed in particular because of the presence of … Qatari funds.

“You know, in 2006, the PSG buyout project that I was carrying has failed because Parisian politicians slowed down when they saw Qatari funds. They said they didn’t want exotic deals. And then, five years later, Qatar took over Paris and that’s where we are. Exotic doesn’t mean much. You have to look at whether the funds provided are equity, what is their amount and what is the project behind. One could worry about the exoticism if a buyer physically far from the club would manage it with difficulty. But we can also find professionals to manage the club even if the owner is not there (…) At the time, Nicolas Sarkozy interfered to take over the club, there was the question of the World Cup 2022, there were very different interests and issues, ”he confides in an interview with Poteaux-Carrés.