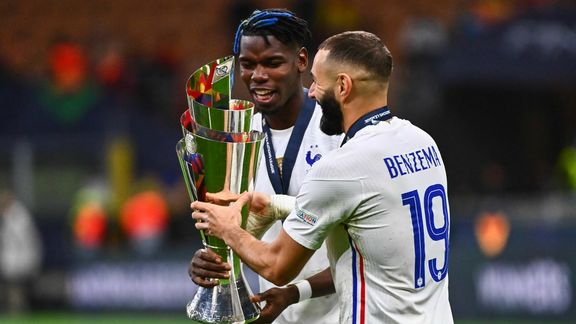 Announced in the viewfinder of PSG, Paul Pogba could well take the direction of Real Madrid. Friend of the midfielder, Karim Benzema could play a crucial role in this transfer.

But where will Paul Pogba play next season? Under contract until next June with Manchester United , the midfielder had recently indicated that he was happy to wear the Red Devils jersey: “I like playing here (at Manchester United). Of course, I am confident. Otherwise, I wouldn't be in the team and I wouldn't be in this team. It's a big club. If you are not sure of yourself, you have nothing to do here ”. Some English media had reported that the world champion may well extend his contract with the team from Le Mans, but his agent has left his future uncertain. “We should ask Manchester United what it is. Right now everything is calm. There is no update ”blurted Mino Raiola , suggesting that the negotiations were at a standstill. A departure from Pogba at the end of the season would therefore be far from being ruled out. Several teams would like to jump at the opportunity and get their hands on the midfielder without spending a single cent.

FC Barcelona out of the race, PSG behind

Announced on the tracks of Paul Pogba during the last summer transfer window, PSG would continue to monitor the player's situation. And there is no doubt that the Parisian club will advance its pawns at the end of the season if no new contract is signed with Manchester United . Another European giant, FC Barcelona would like to count on the French international. Sport had indicated that the Catalan club would give it a try and shoot down all of its cards in its possession. But as El Nacional announces, the Blaugrana side cannot afford to pay their salary and are forced to withdraw from this dossier. According to the Catalan media, a favorite emerges and could win the bet.

Real Madrid on pole thanks to Benzema?

Former playerJuventus, Paul Pogba is not expected to return to Turin, but could well strengthen the ranks of Real Madrid . According to information from Mundo Deportivo and El Nacional, Casa Blanca would closely follow the situation of the French international and could go on the offensive in the coming months, even if Florentino Perez had kicked in affects last January. “I do not know who Pogba is” had blurted out President Merengue. And as the Catalan media point out, Real Madrid would have a major advantage: Karim Benzema . Close to Paul Pogba, the French striker could well succeed in convincing his partner in the selection. In the Spanish capital, the midfielder could find several compatriots like Eduardo Camavinga, Ferland Mendy , but also Kylian Mbappé , priority target of Florentino Perez.