Mercato | Mercato – PSG: Raiola does not lack solutions for Donnarumma! 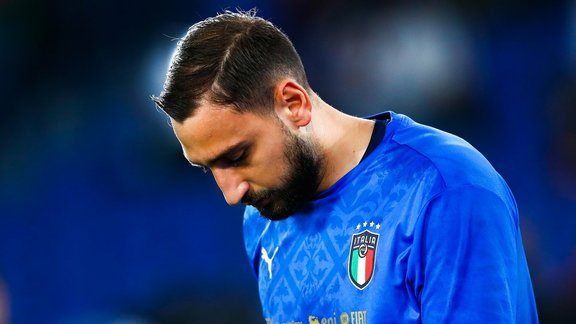 Gianluigi Donnarumma does not play with continuity at Paris Saint-Germain and Mino Raiola could well decide, pushing for a start.

In Italy, we still don't understand. Elected best player of the Euro and indisputable holder in club and selection, Gianluigi Donnarumma must be content with the role of understudy at Paris Saint-Germain, behind Keylor Navas. A situation that could quickly become problematic, while his entourage would have clearly demanded more playing time from PSG. His agent Mino Raiola would also be ready to comb the market to find a new club to his protégé, notably with Juventus.

A return to Italy to be avoided for Donnarumma, but …

This Friday, CMITV however tells us that the Turin track is very far from being a possibility. Juventus does not seem to want to part ways with Wojciech Szczęsny, but would also not be willing to pay the huge salary of Gianluigi Donnarumma, who earns no less than € 7M net per season at Paris Saint-Germain, excluding bonuses. Thus, the transalpine portal explains that Donnarumma should rather move towards the Premier League or the Liga, even if a new track could open in the Bundesliga. The leaders of Bayern Munich could indeed think of him to ensure the succession of Manuel Neuer.