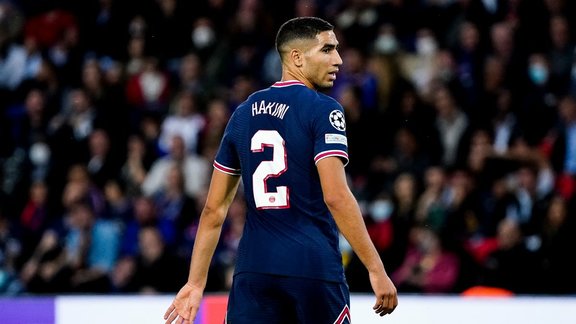 After a resounding debut, Achraf Hakimi is experiencing a downturn at Paris Saint-Germain and this has been seen in particular against RB Leipzig (2-2), in the Champions League.

It's here 'one of the big shots of the transfer window of Leonardo. Taking advantage of the economic problems of Inter , the sports director of Paris Saint-Germain managed to snatch Achraf Hakimi for the modest sum of 70M €, which is almost 30M € more than the price at which it had been bought barely a year earlier. A very significant amount, but which some considered ridiculous for a player considered to be one of the best in the world in his position, if not the best. However, after an incredible start with three goals in Ligue 1, the number 2 of PSG has gradually fallen into line.

“Hakimi is very disappointing compared to his start to the season ”

After PSG 's draw against RB Leipzig in the Champions League, Daniel Riolo analyzed the trajectory taken by Achraf Hakimi in recent weeks… and the results are not terrible. “Hakimi has lost his speed and even easy passes he can't do anymore,” he explained at RMC Sport. “I read that he was voted the best right-back in the world! I do not understand. He is very disappointing compared to his start to the season ”. The After Foot sniper notably estimated that Hakimi would have some problems with Parisian life, which would have serious consequences on his performance under the colors of PSG.