Mercato | Mercato – PSG: The huge announcement of Al Khelaïfi on the future of Pochettino! 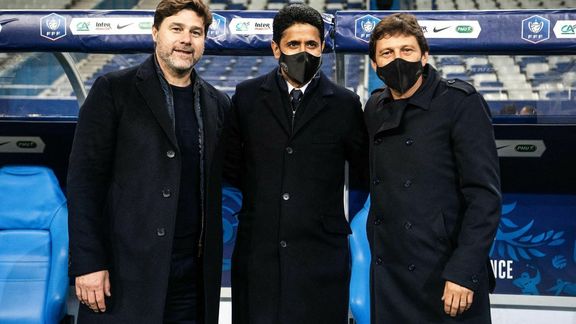 Before the Ballon d'Or ceremony, Nasser Al-Khelaïfi made a point of clarifying the future of Mauricio Pochettino.

Mauricio Pochettino has been at the center of the news in recent days. The current coach of PSG was announced with insistence on the side of Manchester United . After his team's victory against ASSE this Sunday, the Argentinian technician was again questioned about his future in the French capital. “In football, there are plenty of rumors. But I don't care. What matters are the facts, the reality. We are working hard to develop PSG, a very exciting project. But we are working to win matches and fight to win great things, ”Pochettino told Prime Video. This Monday, Nasser Al-Khelaïfi was asked about the future of the coach and replied in order to silence the rumors.

“We are very happy with the coach, he's doing a good job ”

Before the Golden Ball ceremony, the PSG president confirmed that he was happy with the work done by Mauricio Pochettino . “If Pochettino is going to be there until the end of the season at Paris Saint-Germain? He's there, we're very happy with the coach, he's doing a good job. We need time too. I see all the rumors and we talk to other coaches, and that's not true. Stop it, we are not talking about it yet this evening, we are really happy with the coach ”blurted out Nasser Al-Khelaïfi at the microphone of the Channel L'Equipe.