Mercato | Mercato – PSG: The succession of Mbappé compromised by … Conte? 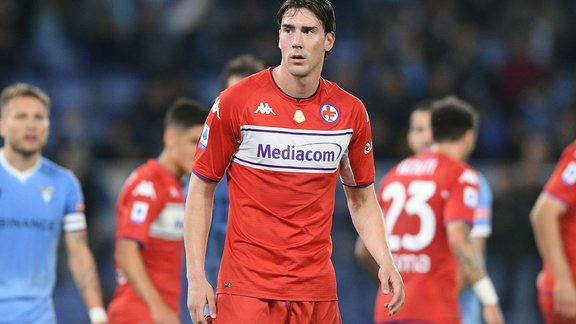 Officially appointed Tottenham coach on Tuesday, Antonio Conte is already claiming the arrival of a new striker, namely Dusan Vlahovic. What to strengthen the competition for the PSG.

In search of a new center forward to replace Kylian Mbappé, the PSG multiplies the avenues and aims in particular Dusan Vlahovic who has had an excellent season with Fiorentina since he has already scored 8 goals in Serie A. Services that would therefore have caught the eye of Parisian decision-makers who are looking for a prolific striker in order to replace Kylian Mbappé whose contract ends next June with the club in the capital.

However, this file could well be relaunched by Antonio Conte . Barely arrived on the bench of Tottenham , the Italian technician would have claimed the arrival of Dusan Vlahovic according to information from La Gazzetta dello Sport. The former Inter Milan coach knows the Italian market well and has therefore not missed out on the performances of the Fiorentina striker.