Mercato | Mercato – PSG: The trend is clear for the future of Mauricio Pochettino! 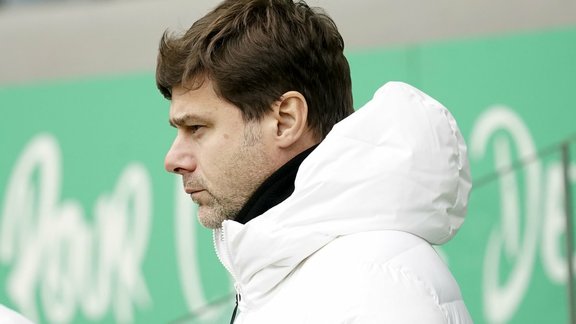 While Mauricio Pochettino could leave PSG to join Manchester United, the English club have still not abandoned their plan to appoint him to his bench.

Arrived on the PSG bench last January in place of Thomas Tuchel , Mauricio Pochettino would like to leave the Parisian club again. Already announced as keen to join Tottenham and Real Madrid at the start of the summer, the Argentine coach would like to join Manchester United this time around. . The English club are reportedly making him their priority to take on the managerial post next summer. And the appointment of Ralf Rangnick as an interim would change absolutely nothing in that.

See you next summer for Pochettino and Manchester United?

Indeed, Fabrizio Romano explains that Ralf Rangnick 's contract on the bench will not exceed the end of this season and that he will indeed take on an advisory role as planned thereafter. Therefore, Manchester United would always look for a permanent manager with the collaboration of the German, and Mauricio Pochettino as well as Erik Ten Hag would be still targeted according to information disclosed by the Italian journalist in his Here We Go Podcast. Fabrizio Romano makes it clear that this quest is being carried out in view of the next summer transfer window and that nothing will be done quickly in this file. Mauricio Pochettino should therefore end the season with PSG before seeing Manchester United come back to try to recruit him.